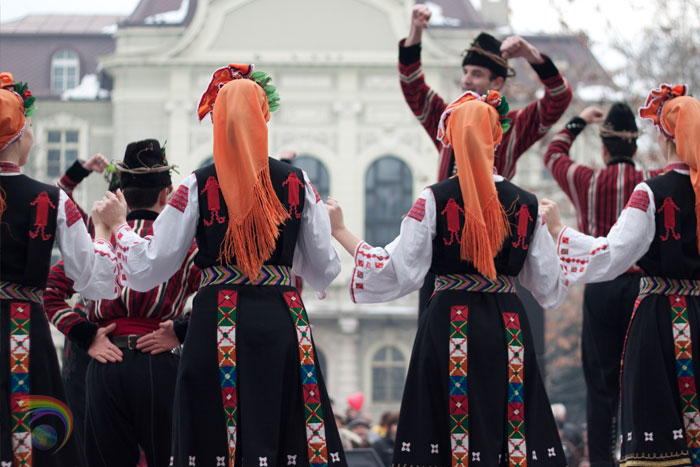 The country had difficult moments but it has always had its folklore. That folklore full of never ending energy which helped Bulgarians to survive through the centuries of wars. It also helped them to stay as a nation. What does folklore mean? It is the beliefs, traditions, stories of a community which are passed through the generations by word of mouth. Bulgarian folk songs, Bulgarian traditional costumes have these in them. The costume is one of the most typical elements of the Bulgarian folk culture.

It reflects the specificity, traditional culture and life of t