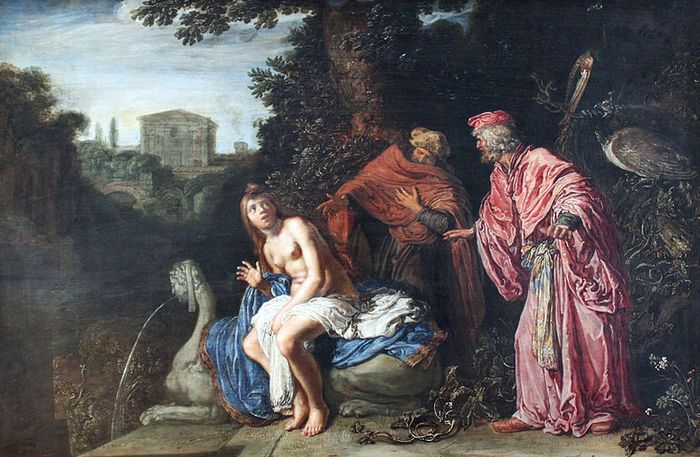 The History of Susanna (From The Apocrypha)

Susanna was originally a part of the Book of Daniel, but was set apart as apocryphal, because it “was not in Hebrew.” It is none the less a story of remarkable vividness, told with skill and dramatic power.

The text used here is that printed in Volume IV of Ancient Hebrew Literature, in Everyman`s Library, published in 1907 by J. M. Dent and Sons, by whose permission it is here included.

The History of Susanna

There dwelt a man in Babylon, called Joakim: and he took a wife, whose name was Susanna, the daughter of Chelcias, a very fair woman, and one that feared the Lord. Her parents also were righteous, and taught their daughter according to the law of Moses. Now Joakim was a great rich man, and had a fair garden joining unto his house: and to him resorted the Jews; because he was more honorable than all others. The same year were appointed two of the ancients of the people to be judges, su