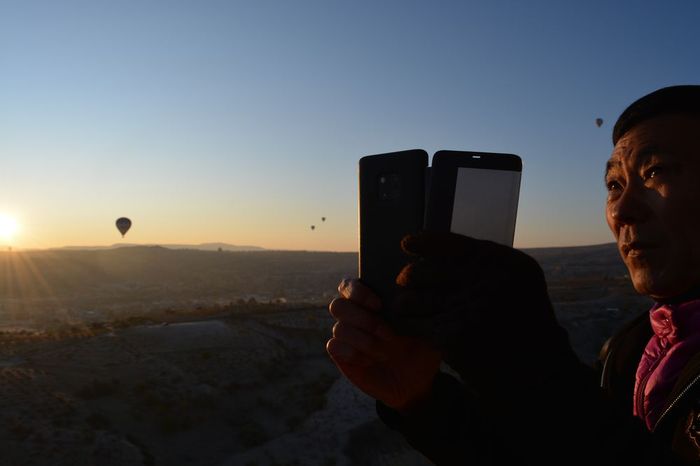 He referred to his father in an impersonal way, as though he himself was a member of another family. He then proceeded to speak with pride of his father’s ancestry, and made some tentative inquiries: if any of his sons turned up in the country, would the rebels choose the legitimate heir as their king, rather than the pretender? Or, now that the latter had already assumed the leadership, was the rightful heir completely forgotten ?

48. When it was obvious that the acknowledged son was universally preferred to the doubtful one, he ventured, in a somewhat mysterious way, to reveal his true identity to one of the persons he had consulted, a man of whose warm loyalty to his family he felt reasonably sure.

Covered his breast with kisses

This man, fixing his eyes steadily on Alousianus (he had known him quite well in the past) and recognizing him, fell on his knees and kissed his feet. Then, to avert any possible doubt, he asked him to show a certain secret mark. This was a dark patch on the right elbow, with a thick tuft of rough hair grown over it. When he saw that, he fell on Alousianus’s neck even more vehemently and covered his breast with kisses. The two then set about their design cleverly.

They approached individual persons and little by little the story was spread abroad. The majority of the Bulgars transferred their allegiance to the real heir, and the monarchy became a ‘polyarchy’ as some preferred this and others that son, but both ties were anxious to maintain peace and they reconciled the two protagonists. Thereafter they lived on equal terms, with frequent meetings but mutual suspicion.

49. Nevertheless, it was Alousianus who got in the first blow and frustrated the plans of his rival, for, quite unexpectedly, he arrested Dolianus, cut off his nose and blinded his eyes, using a cook’s knife for both operations.**59 Thus the Scythians once again became subject to one master. This event was not followed immediately by negotiations with the emperor. In fact, Alousianus mobilized his forces and marched against the Romans, but the attack proved unsuccessful and he had to seek refuge.

It was clear that further opposition to Michael, in open warfare, would involve considerable difficulty. There was also the question of his beloved wife and children. So, having summed up the situation, he conveyed secret information to the emperor. The suggestion was, that if he obtained his favour, and if he received other honours that were his due, he was willing to commit himself and his belongings to the enemy.