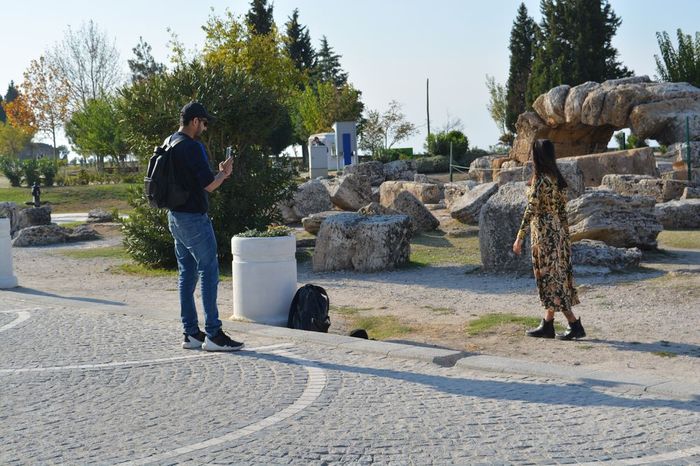 XII Having thus become master of all Mascabeles’ possessions, he after that grew daily in power, and becoming ever more despotic, piled cities upon cities,. and money upon money. In a short time he had risen to ducal eminence, and was nominated Duke of all Lombardy, and from that moment everybody’s envy was excited against him.

But Robert, being a man with his wits very much about him, now used flattery against his adversaries and now gifts, and so quelled uprisings among the populace, and by his ingenuity repressed the envy of the nobility against him, and thus, by these means, and by occasional recourse to arms, he annexed the whole realm of Lombardy, and the neighbouring country. But this Robert was for ever aspiring at further increase of power, and because he had visions of the Roman Empire, he alleged as pretext his connection with the Emperor Michael, as I have said, and fanned up the war against the Romans. For we have already stated that the Emperor Michael for some inexplicable reason betrothed this despot’s daughter (Helen by name) to his son, Constantine.

Golden Age fabled by the Greeks

Now that I am mentioning this youth again, I am convulsed in spirit, and confounded in reason: however, I will cut short my story about him, and reserve it for the right time. Yet one thing I cannot forbear saying, even though it is out of place here, and that is that the youth was a living statue, a “chef d’oeuvre,” so to say, of God’s hands. If any one merely looked at him, he would say that he was a descendant of the Golden Age fabled by the Greeks; so indescribably beautiful was he. And when I call to mind this boy after so many years I am filled with sorrow; yet I restrain my tears, and husband them for “more fitting places,” for I do not wish to confuse this history by mingling monodies on my sufferings with historical narration.

To resume, this youth (whom we have mentioned here and elsewhere), my predecessor, born before I had seen the light of day, a clean, undefiled boy, had become a suitor for Helen, Robert’s daughter, and the written contracts had been drawn up for the marriage, though they were not executed, only promised, as the youth was still of immature age; and the contracts were annulled directly the Emperor Nicephorus Botaniates ascended the throne. But I have wandered from the point, and will now return to the point whence I wandered!