From Alexius’ youth to the last months of Botaniates’ Reign

I the Emperor Alexius, who was also my father, had been of great service to the Roman Empire even before he reached the throne, for he started campaigning as early as during the reign of Romanus Diogenes. Amongst his contemporaries he shewed himself remarkable, and a great lover of danger.

In his fourteenth year he was anxious to join the Emperor Diogenes on the extremely arduous campaign he was conducting against the Persians, and by this very longing he declared his animosity against the barbarians, and shewed that, if he ever should come to blows with them, he would make his sword drunk with their blood; of such a warlike temper was the boy .

However, on that occasion the Emperor Diogenes did not allow him to accompany him, as a heavy sorrow had befallen Alexius’ mother, for she was then mourning the death of her firstborn son, Manuel, a man who had done great and admirable deeds for his country.

In order that she might not be quite inconsolable, for she did not yet know where she had buried the elder of her sons, and if she sent the younger to the war, she would be afraid of something untoward happening to the lad, and might not even know in what part of the world he fell, for these reasons he compelled the boy Alexius to return to his mother. 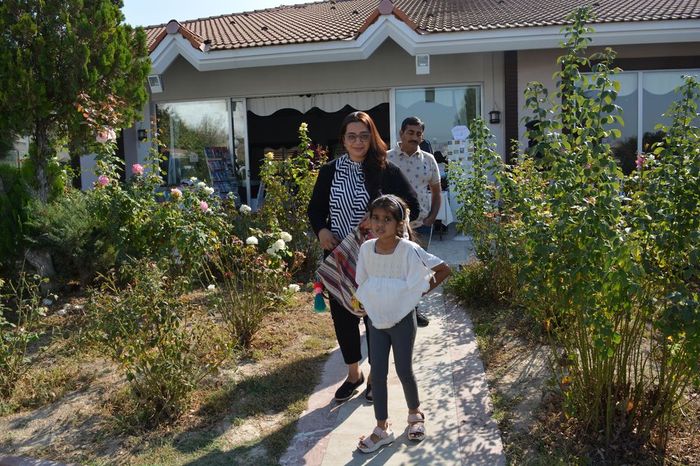 Certainly the most effective of his methods for conciliating Tutach was, speaking broadly, a kind of offering the right hand of friendship; his words were these; “The two, your Sultan and my Emperor, are friends! This barbarian Ursel is lifting his hand against both, and he is a most dangerous foe to both, for he keeps on attacking the latter, and is always stealing away a bit here and there from the Roman Empire, and, on the other hand, he is robbing Persia of parts of Persia which might have been preserved to her. In all this he uses great art, for at present he is overshadowing me by your help, and then later, at a propitious moment, he will leave me when he thinks himself secure, and turn round again and attack you.

So if you will listen to me, you should, when Ursel next comes to you, seize him with superior numbers and send him captive to us. If you do this,” he continued, ” you will gain three things;— firstly, such a sum of money as no one ever 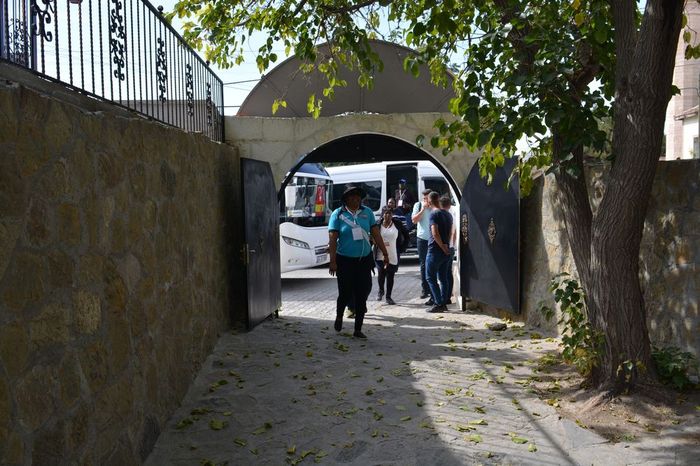 This excuse Monomachatus made to my father, and tried to conciliate him (I mean my father) and Botaniates, simultaneously, but he also sent a much plainer message to the barbarian Robert, and then broke forth into open rebellion, and for this I must condemn him severely. But perhaps this kind of unstable conduct, ever changing with the changes in the government, is but natural; and all such men are prejudicial to the public weal, but steer a safe course for themselves, for they study nothing but their own personal interests, and even so they generally fail.

Behold, my steed has run off the high road of my history, but although he is out of hand, I must bring him back to our former road. Robert, indeed, had ever been wildly impatient to cross into our country, and was ever dreaming of Dyrrachium, but now, on receipt of Monomachatus’ message, his ardour burst all restraint, and he pushed on the naval expedition with all his might and main, and hurried up the soldiers, 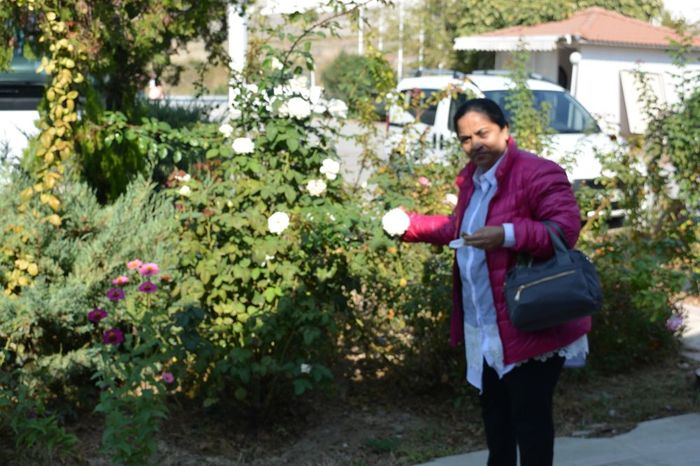 Thus he told his tale of woe in detail, and all the false information given about him to the Emperor, and all he had endured at the hands of these servants; and the Domestic of the West deigned to console him as much as possible, and verily he was well-fitted to relieve a soul bowed down with troubles. And saying finally that assuredly God would avenge these insults, and with a reminder to him never to forget their friendship, they parted, the one bound for Dyrrachium, and the other to enter the imperial city.

When Monomachatus reached Dyrrachium he heard two pieces of news; firstly, the tyrant Robert’s military preparations, and, secondly, the revolt of Alexius; so he carefully weighed what his own conduct should be. Ostensibly he displayed hostility to both, but he had really a deeper plan than that of open warfare. For the Great Domestic had informed him by letter of the late occurrences, namely, that he had been th 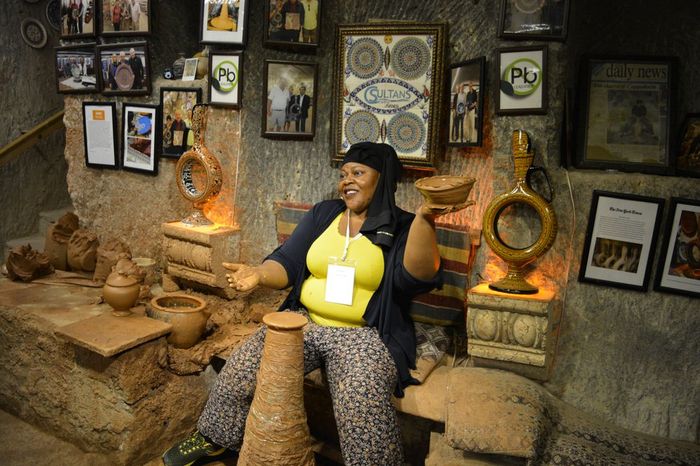 He did not after all leave even his son Roger behind, as he had first planned when he appointed him Count of Apulia, but changed his mind for some inexplicable reason, and took him with him too. During his crossing to Dyrrachium, the force which he had detached gained possession of the very strongly fortified town of Corfu, and certain other of our forts. After receiving hostages from Lombardy, and Apulia, and raising taxes and contributions in money from the whole country, Robert hoped to land at Dyrrachium. Duke of all Illyricum at that time was George Monomachatus, who had been appointed by the Emperor Botaniates.

Once, indeed, he had refused this ‘ Durazzo. mission, and he was by no means easily persuaded to take up this branch of service, but he finally went because two of the Emperor’s barbarian servants (Borilus and Germanus, Scythians by extraction) bore a grudge against him. These men were ever inventing scandalous charges against him, and denouncing h 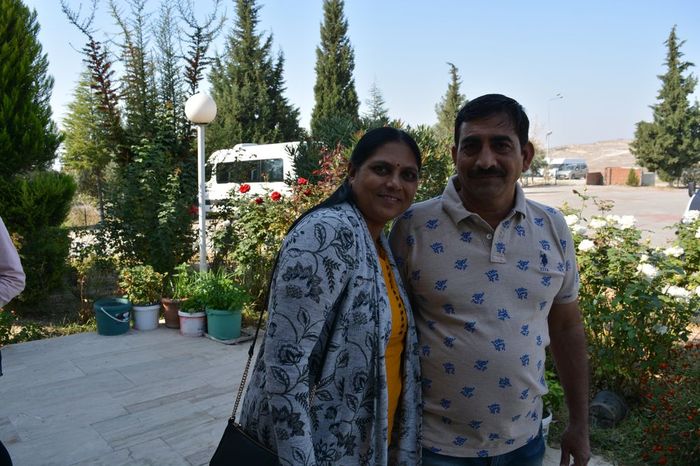 But as I write I have to laugh at the thought of these men’s folly and infatuation, and especially at their mutual boastfulness. Robert, for his part, had as ostensible reason this pretender, whom he had used as a decoy, and presentment of the Emperor, his marriage-kinsman. He showed him in all the cities he visited, and roused all he could possibly persuade to rebellion, purposing, if the haphazards of war ended in success for himself, to knock the monk on the head, and cast him out with scorn; for when the hunt is over, the decoy, too, is thrown to the dogs.

Raictor, on his side, nourished himself on vain hopes that some day he would attain great power; for such things often happen quite unexpectedly. In that case he would lay hold of the sceptre with firm hand, taking it for granted that the Roman people, and the army, would never call the barbarian Robert to the throne. In the meantime, he would use Robert as an instrument for the completion of the whole fabric o 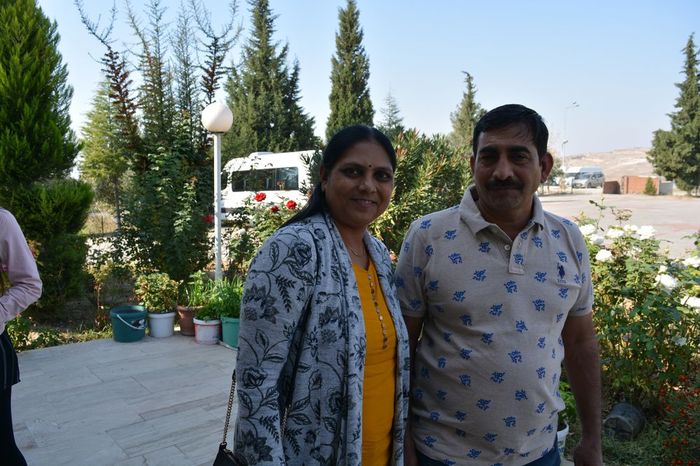 The first was that the monk in his train was a deceiver, and cheat, and only impersonating the Emperor Michael, and that the whole story about him was a pure fabrication. For he told how he had seen Michael in the royal city after his deposition from the throne clad in a grey habit, and living in a monastery, as he had made it his special business to see the deposed king with his own eyes. Secondly, he gave news of the events which had occurred during his return journey – namely, that my father had grasped the sceptre (as I will recount later), driven Botaniates out of the kingdom, sent for Ducas’ son, Constantine, the most distinguished of all men living, and had again given him a share in the government.

Raoul had heard, this on his way, and brought it forward in the hope of persuading Robert to relinquish his military preparations. “For with what justice,” he said, “can we go to war with Alexius, when it wa 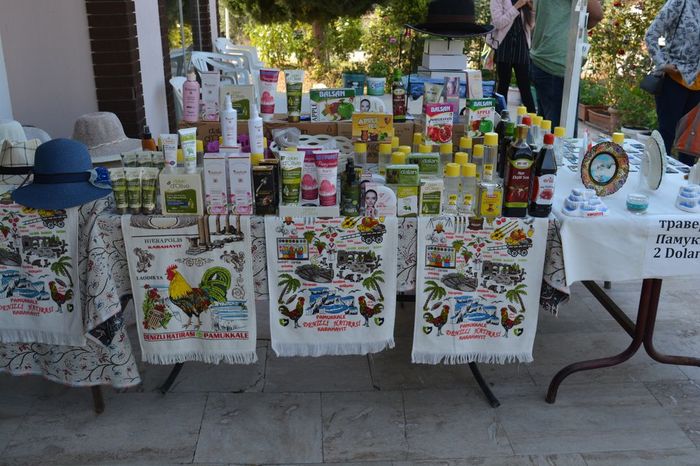 Now, Bohemond took after his father in all things, in audacity, bodily strength, bravery, and untamable temper; for he was of exactly the same stamp as his father, and a living model of the latter’s character. Immediately on arrival, he fell like a thunderbolt, with threats and irresistible dash upon Canina, Hiericho, and Valona, and seized them, and as he fought his way on, he would ever devastate and set fire to the surrounding districts. He was, in very truth, like the pungent smoke which precedes a fire, and a prelude of attack before the actual attack.

These two, father and son, might rightly be termed ” the caterpillar and the locust “; for whatever escaped Robert, that his son Bohemond took to him and devoured. However, do not let us cross to Valona with Robert yet, but examine first what he did on the opposite continent.

XV Leaving Salernum, he came to Hydruntum, and there spent a few days waiting for his wife, Gaita (for she too accompa 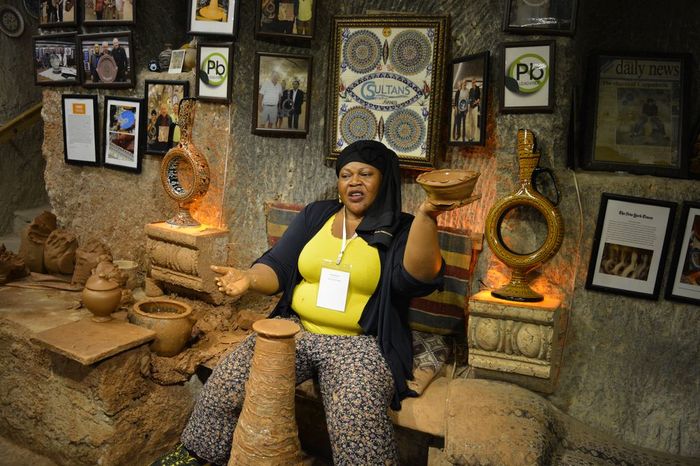 For what man in his senses would assail so great a father? As for me, I would have thee know that I am arming myself for a most serious war against a most formidable nation. For my campaign is against the Romans, who have filled every land and sea with their trophies. But to thee I acknowledge fidelity from the depths of my soul, and when need arises, I will prove it.” And thus he dismissed the ambassadors of both those who had sought his help, the one with this letter, and the other with plausible excuses.

XIV But we must not omit what he did in Lombardy before he arrived in Valona with his army. He was at all times a man of tyrannical and very sharp temper, and now he imitated the madness of Herod. Not being satisfied with the soldiers who had followed his fortune from the beginning, and were experienced in war, he recruited and equipped a new army, without any distinction of age.

But he collected all, under age and over age, from all over Lombardy and Ap 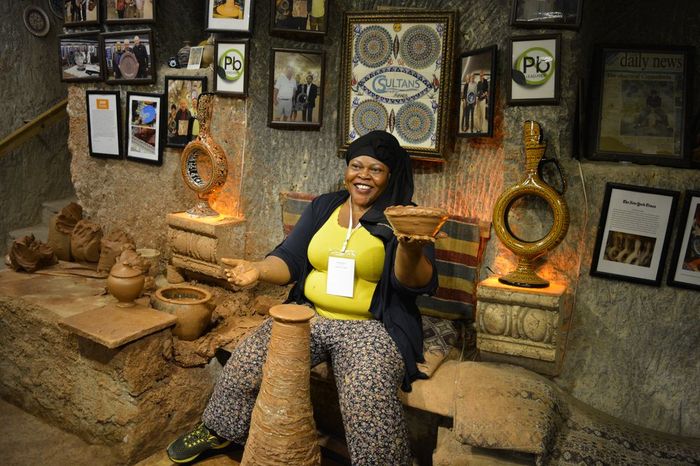 When either side (to wit, Henry, King of Germany, and the Pope) had brought up their armies, and set them in battle array, directly the horn had sounded the attack, the lines dashed together, and there was fanned up by either side a great and long-continued battle. So many deeds of valour were done by both parties, and such was the endurance shewn by men already wounded by spear and arrow, that in a short time the whole plain was submerged in a sea of blood which flowed from the dying, and the survivors fought on, as if sailing on the abundant gore. In some places the soldiers got entangled by the dead bodies, and fell over, and were drowned in the river of blood.

For if, as it is said, more than 30,000 men fell in that battle, what a stream of blood was poured forth, and how large a portion of the earth was defiled with gore! Both sides were, if I may so put it, of equal stature in the battle as long as Lantulphus directed the co 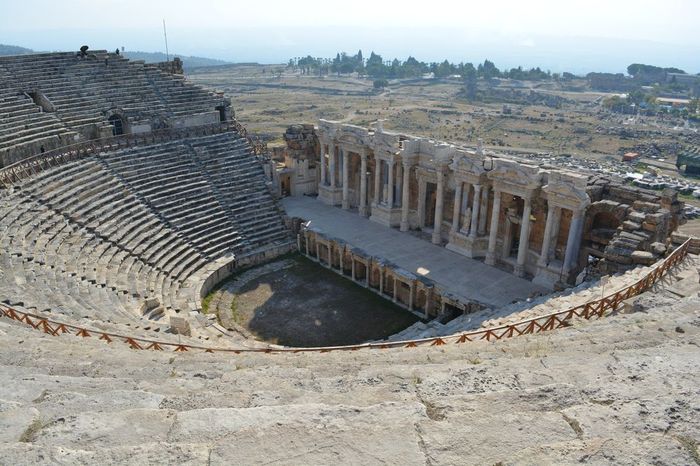 To prevent the King’s becoming too insupportable by an alliance with Robert, he anticipated him in sending offers of peace to Robert, though before this he had not been friendly towards him. Hearing that Duke Robert had occupied Salernum, he started from Rome, and came to Beneventum, and after some intercommunication through ambassadors, they also had a personal interview in the following way. The Pope set out from Beneventum with his household troops, and Robert from Salernum with an army, and when the armies were at a convenient distance, each left his own men and advanced alone. The two then met, gave and took pledges and oaths, and then returned.

The oaths were that the Pope would invest Robert with the dignity of king, and give him help against the Romans if the need should arise, whilst the Duke swore a counter-oath to assist the Pope whenever the latter called upon him. But truly these oaths taken by both of them were worthless. For the