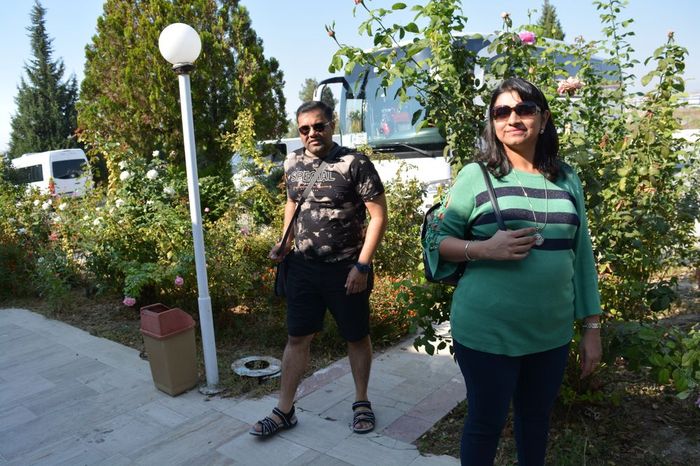 Basilacius, however, was inflexible, but the Thessalonians, through fear of their city being taken and destroyed, granted Comnenus ingress. But Basilacius, when he saw what was being done by the multitude, betook himself to the Acropolis and leapt from one spot to another. Even in these extremities his fighting spirit did not forsake him, although the Domestic gave his word that he should not be barbarously treated; but in difficulties and dangers Basilacius ever shewed himself a man indeed. He would not abate his courage and brave attitude in the slightest, until at last the inhabitants and custodians of the Acropolis drove him out of it against his will, took him by force, and handed him over to the Great Domestic.

Alexius at once sent news of his capture to the Emperor but stayed on himself a little longer in Thessalonica to arrange things there, and then returned to Constantinople in triumph. Between Philippi and Amphipolis he met messengers from the Emperor who handed him written orders about Basilacius. They took the latter in charge, led him to a village called Chlempina, and near the spring in it put out his eyes: hence the spring is to this day called “the Spring of Basilacius.” This was the third “Labour” accomplished, by the great Alexius before he became Emperor, and he might rightly be styled a second Heracles.

For you would not be wide of the mark in calling this fellow Basilacius the Erymanthian boar, and my most noble father Alexius, a modem Heracles. Such, then, were the successes and achievements of Alexius before he ascended the throne, and as reward for them all he received from the Emperor the rank of “Sebastos,” and was proclaimed “Sebastos” in public assembly.

X It seems to me that if a body is sickly, the sickliness is often aggravated by external causes, but that occasionally, too, the causes of our illnesses spring up of themselves, although we are apt to blame the inequalities of the climate, indiscretion in diet, or perhaps, too, the humours of our animal juices, as the cause of our fevers. Similarly, like these physical ailments, I fancy the weakness of the Romans at that time was partly the cause of these deadly plagues: I mean the various men before mentioned, the Ursels, the Basilacii, and all the crowd of pretenders, but partly, too, it was Fate that introduced other aspirants to the throne from abroad, and foisted them on the Empire like an irremediable sore and incurable disease. To this latter class belonged that braggart Robert, so famed for his tyrannical disposition. Normandy indeed begot him, but he was nursed and reared by consummate Wickedness.