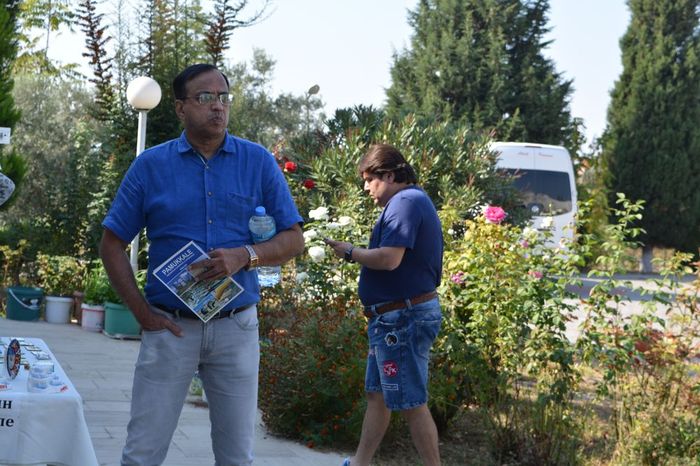 That man Robert, who from a most inconspicuous beginning had grown most conspicuous, and amassed great power, now desired eagerly to become Roman Emperor, and with this object, sought plausible-pretexts for ill-will and war against the Romans. And there are two different tales about this. One story which is bruited about, and reached our ears too, is that a certain monk, named Raictor, impersonated the Emperor Michael, and had gone over to Robert, and poured out his tale of woe to him, his marriage-connection.

Michael had seized the Roman sceptre after Diogenes, and adorned the throne for a short time, then he was deprived of his throne by the rebel Botaniates, and embraced the monastic life, and was later invested with the alb and mitre and add, if you like, the humeral of an archbishop. The Caesar John, his paternal uncle, had advised this for he knew the lightheadedness of the reigning Emperor, and feared the worst for Michael. It was this Michael whom the aforementioned monk, Raictor, impersonated, or if I may call him so, “Rectes,” which implies what he was, the most audacious “fabricator” of all time.

He approached Robert on the plea of being his marriage-kinsman, and recited to him the tragic tale of his wrongs, how he had been driven from the imperial throne, and reduced to his present state, which Robert could see for himself, and for all these reasons, he invoked the barbarian’s aid. For Helen, Robert’s beautiful daughter, and his own daughter-in-law, had been left destitute, he said, and openly bereft of her betrothed, as his son Constantine, and his wife, the Princess Mary, although very unwillingly, had been compelled by force to join Botaniates’ party.

By these words he inflamed the barbarian’s mind, and armed him with a motive for a war against the Romans. A story of this sort reached my ears, and I must own I am not surprised that some persons of most ignoble birth impersonate those of noble and honourable race. But on other authority a far more plausible story re-echoes in my mind, and this story avers that no monk impersonated Michael, and that no such event stirred Robert to war against the Romans, but that the versatile barbarian himself easily invented the whole thing.