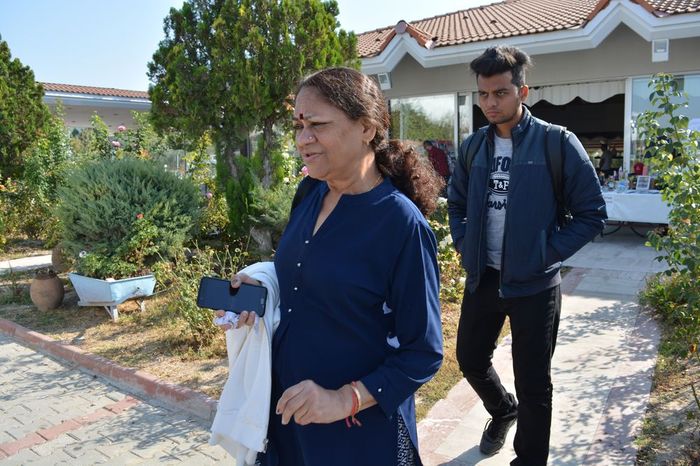 The King of Germany on his side indicted the Pope of usurpation, as he had seized the apostolic chair without his consent. Moreover, he had the effrontery to utter reckless threats against the Pope, saying that if he did not resign his self-elected office, he should be expelled from it with contumely. When these words reached the Pope’s ears, he vented his rage upon Henry’s ambassadors; first he tortured them inhumanly, then clipped their hair with scissors, and sheared their beards with a razor, and finally committed a most indecent outrage upon them, which transcended even the insolence of barbarians, and so sent them away.

My womanly and princely dignity forbids my naming the outrage inflicted (in them, for it was not only unworthy a high priest, but of anyone who bears the name of a Christian. I abhor this barbarian’s idea, and more still the deed, and I should have defiled both my pen and my paper had I described it explicitly. But as a display of barbaric insolence, and a proof that time in its flow produces men with shameless morals, ripe for any wickedness, this alone will suffice, if I say, that I could not bear to disclose or relate even the tiniest word about what he did.

And this was the work of a high priest. Oh, justice! The deed of the supreme high priest! nay, of one who claimed to be the president of the whole world, as indeed the Latins assert and believe, but this, too, is a bit of their boasting. For when the imperial seat was transferred from Rome hither to our native Queen of Cities, and the senate, and the whole administration, there was also transferred the arch-hieratical primacy. And the Emperors from the very beginning have given the supreme right to the episcopacy of Constantinople, and the Council of Chalcedon emphatically raised the Bishop of Constantinople to the highest position, and placed all the dioceses of the inhabited world under his jurisdiction.

There can be no doubt that the insult done to the ambassadors was aimed at the king who sent them; not only because he scourged them, but also because he was the first to invent this new kind of outrage. For by his actions, the Pope suggested, I think, that the power of the King was despicable, and by this horrible outrage on his ambassadors that he, a demi-god, as it were, was treating with a demi-ass! The Pope consequently, by wreaking his insolence on the ambassadors, and sending them back to the King in the state I have mentioned, provoked a very great war.