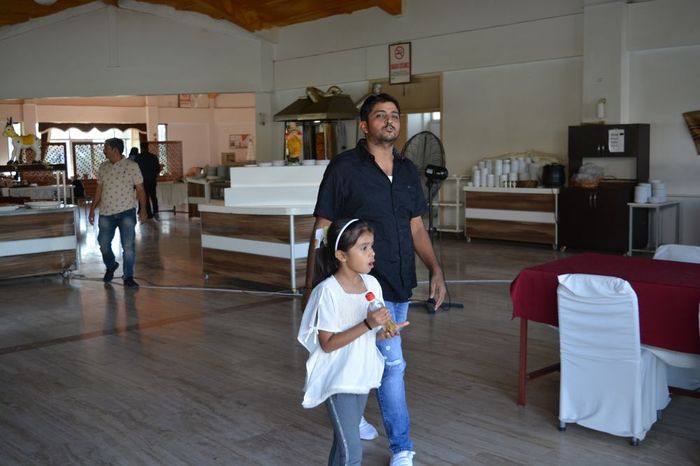 The remains of the church of St. George, who was said to have been born there, are still to be seen: they have been restored as a Greek Church. Arculf gives the first account of St. George known to have been circulated in Britain. It is worthy of notice that the north of England where his narrative was well known, had a great devotion to St. George, a piace being assigned to him in the Anglo¬Saxon ritual of Durham, which is probably of the early ninth century. A “Passilon of St. George ” was written by Aelfric, Archbishop of York, A.D. 1021¬51. Arculf describes the marble column to which St. George was bound whilst being scourged.

He then travelled over three hundred miles to the town of Emesa in Syria, and thence he came to Salamias[1] which is on the farther borders of Syria. He spent the whole season of Lent there because he was ill and unable to travel. His companions, who were in his party, went forward to the King of the Saracens, named Murmumni, to ask him to give them a leter of safe conduct, but they could not meet him because he himself had withdrawn from that region on account of the sickness and pestilence that infested the country.

A week before Easter

And when they could not find the king they returned and stayed together in Salamias until a week before Easter. Then they came again to Emesa and asked the governor there to give them a letter of safe conduct, and he gave them a letter for every two persons. They could not travel there in company but only two by two, because in this way it was easier for them to provide food for themselves. Then they came to Damascus.

From Damascus they came for the fourth time to Jerusalem, and after spending some time there they went to the town of Sebaste, which was formerly called Samaria; but after it was destroyed they built another town there and called it Sebaste. At the present time the bodies of St. John the Baptist, Abdias and Eliseus the prophet rest there. Near the town is the well where our Lord asked the Samaritan woman to give Him water to drink.

Over that well there now stands a church, and there is the Mount on which the Samaritans worshipped and of which the woman said to our Lord: ” Our forbears worshipped on this mount, but Thou sayest that Jerusalem is the place where men ought to worship.” Then, after praying there, they passed through the country of the Samaritans to a large town on the far borders of their land and spent one night there.