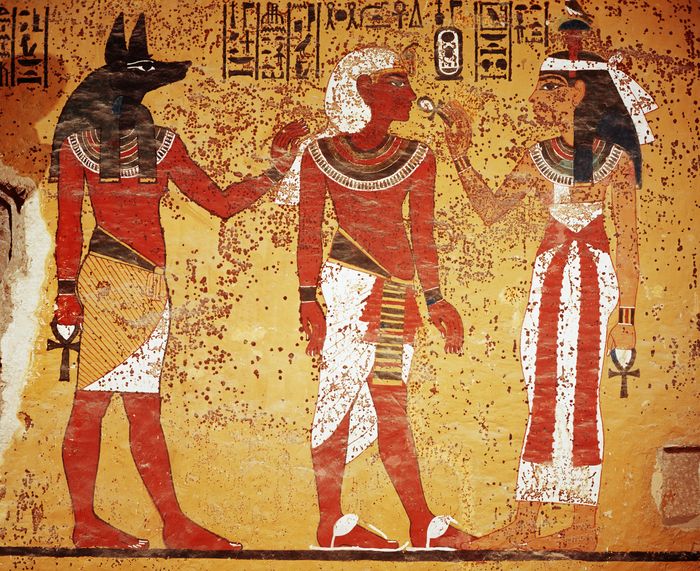 The tales from Egypt have an extraordinary interest in that they are the very earliest examples that we possess. That they were the earliest in order of composition is naturally an open question: before the year 3000 B.C. we can only conjecture. How many thousands of years before that time the plots were invented we cannot know, but the art with which The Two Brothers and Setna and the Magic Book are contrived indicates that they are comparatively late products.

By the time Egypt was conquered by Alexander the Great, the ancient literature of the country had been superseded.

The two brothers (Anpu and Bata)

Tnu manuscript of this story, one of the oldest in the world, came from the workshop of the scribe Anena, who flourished in the reigns of Raineses II, Menephtah, and Seti II. The work of an unknown author, it is one of the finest examples of the short story in existence.

The theme, which has been used numberless times, is easily recognizable as that of the story of Potiphar`s wife. It has also been used in The History of Prince Amziad and Prince Aisad in The Arabian Nights, and later by Dante in The Divine Comedy.

As in all great art, we are here impressed by the modernity of the author`s attitude, which is only another way of saying that he under-stood his characters and was an accomplished artist.

The translation here used is that by William Flinders Petrie in Egyptian Tales, Vol. 2, published in 1895 by Methuen & Co., by whose permission it is here reprinted. The original manuscript is a part of the so-called Madame d`Orbiney Papyrus. There is no title in the original story.