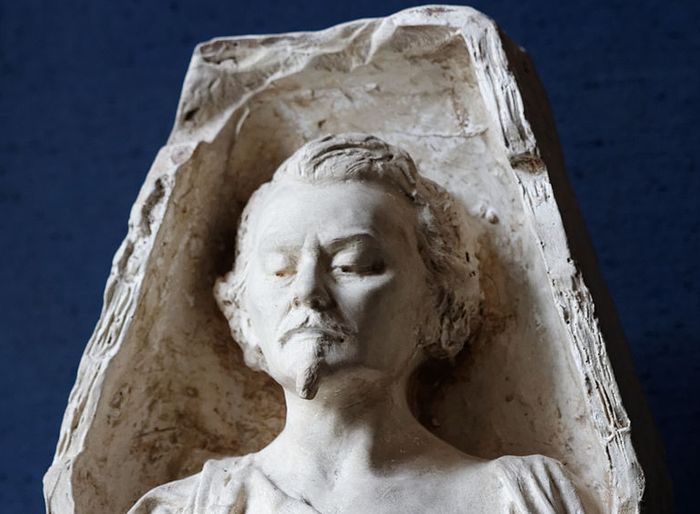 With these words, having signed to his companions to unchain the prisoner, the prior tenderly embraced him. Then came the turn of the fra redemptor, who, in a low tone, entreated the Jew’s forgiveness for what he had made him suffer for the purpose of redeeming him; then the two familiars silently kissed him. This ceremony over, the captive was left, solitary and bewildered, in the darkness.

Rabbi Aser Abarbanel, with parched lips and visage worn by suffering, at first gazed at the closed door with vacant eyes. Closed? The word unconsciously roused a vague fancy in his mind, the fancy that he had seen for an instant the light of the lanterns through a chink between the door and the wall. A morbid idea of hope, due to the weakness of his brain, stirred his whole being.

He dragged himself toward the strange appearance. Then, very gently and cautiously, slipping one finger into the crevice, he drew the door toward him. Marvelous! By an extraordinary accident the familiar who closed it had turned the huge key an instant before it struck the stone casing, so that the rusty bolt not having entered the hole, the door again rolled on its hinges.

The rabbi ventured to glance outside. By the aid of a sort of luminous dusk he distinguished at first a semicircle of walls indented by winding stairs; and opposite to him, at the top of five or six stone steps, a sort of black portal, opening into an immense corridor, whose first arches only were visible from below.

Stretching himself flat he crept to the threshold. Yes, it was really a corridor, but endless in length. A wan light illumined it: lamps sus­pended from the vaulted ceiling lightened at intervals the dull hue of the atmosphere—the distance was veiled in shadow. Not a single door appeared in the whole extent!

Only on one side, the left, heavily grated loopholes, sunk in the walls, admitted a light which must be that of evening, for crimson bars at intervals rested on the flags of the pavement. What a terrible silence! Yet, yonder, at the far end of that passage there might be a doorway of escape! The Jew’s vacillating hope was tenacious, for it was the last.

Without hesitating, he ventured on the flags, keeping close under the loopholes, trying to make himself part of the blackness of the long walls. He advanced slowly, dragging himself along on his breast, forcing back the cry of pain when some raw wound sent a keen pang through his whole body.

The Torture of Hope part 3