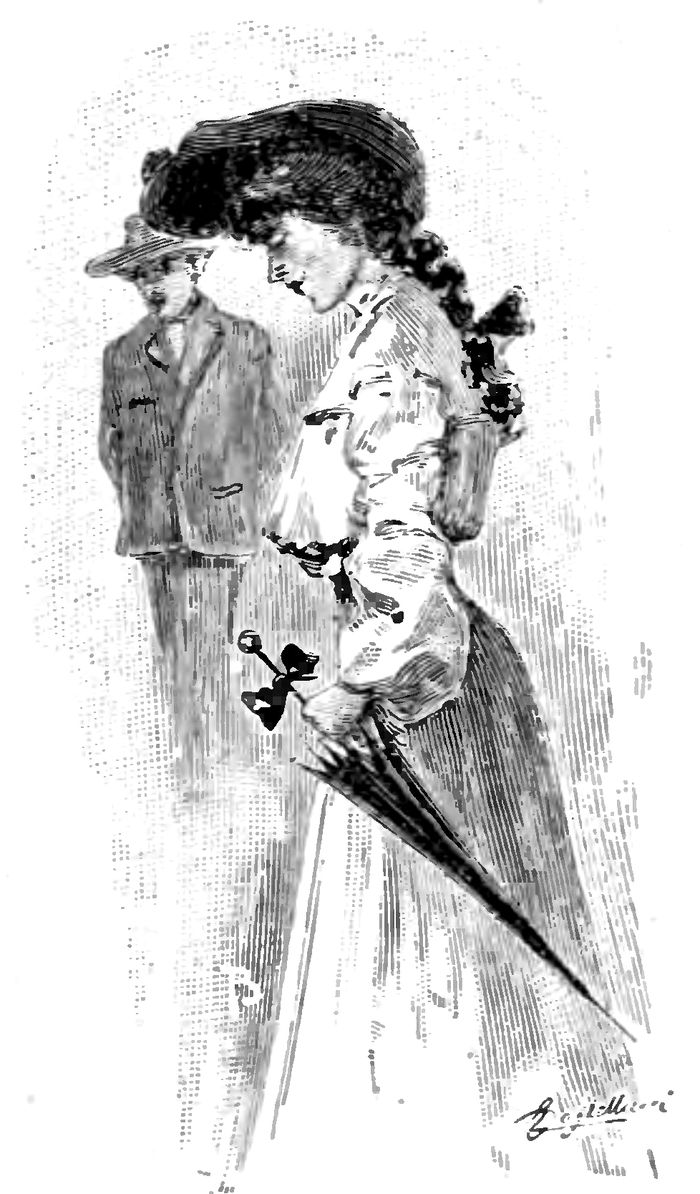 “I will stop, I will stop. Well, then, at the races we sat in the front row on the grand stand. Paolo Lovato came and presented a handsome young man to us, Roberto Montefranco. After the usual greetings and vague compliments, they found places directly behind us; we exchanged a few words until the signal for the start of the horses was heard. You remember that I favored Gorgon, without foreseeing how ungrateful she was to be to me—one must resign one`s self to ingratitude even with beasts. A cloud of dust quite hid the horses.

`Gorgon wins!` I cried. `No,` said Montefranco, smilingly, `Lord Lavello.` I was vexed at his contradiction; but he continued smiling and contradicting me; we ended by making a wager. Finally, after half an hour of palpitation and anxiety, I learned that Gorgon had played me false, that I had lost and Montefranco had won; only fancy! I tell him that I will pay at once; he bows and replies that there is plenty of time.

I meet him on the Chiaja, throw him an interrogative glance, and he contents himself with bowing and smiling in a mysterious manner. It is the same at the theater, everywhere. I live in the greatest curiosity. Roberto is handsome, twenty-six years old, and this morning Montefranco pere, my future father-in-law, had a two hours` conference with mamma.”

With streamers or without

“Signs of attention on the part of my audience? Well, I knew about his visit from Jeannette. So the marriage is arranged. One momentous detail remains to be settled; when shall I go to the mayor`s office, and shall I wear a gray or a tan colored gown? Shall I wear a hat with streamers or without?”

“Run? Why, of course; there are no obstacles. Roberto and I will love each other madly, our parents are content—”

“And you would marry a man that way?”

“What does `that way` mean? It is such an elastic word.”

“Without knowing him, without loving him?”

“But I do know him, I have seen him at the races and when out walking. I adore him! Day before yesterday I refused to take luncheon because I had not seen him, and instead drank three cups of coffee, trying to commit suicide.”

“He wishes to marry me, therefore he loves me!” replied Lulu, tri-umphantly. But seeing Sofia`s face pale, she repented of this imprudent remark, and bending over her sister, asked affectionately: