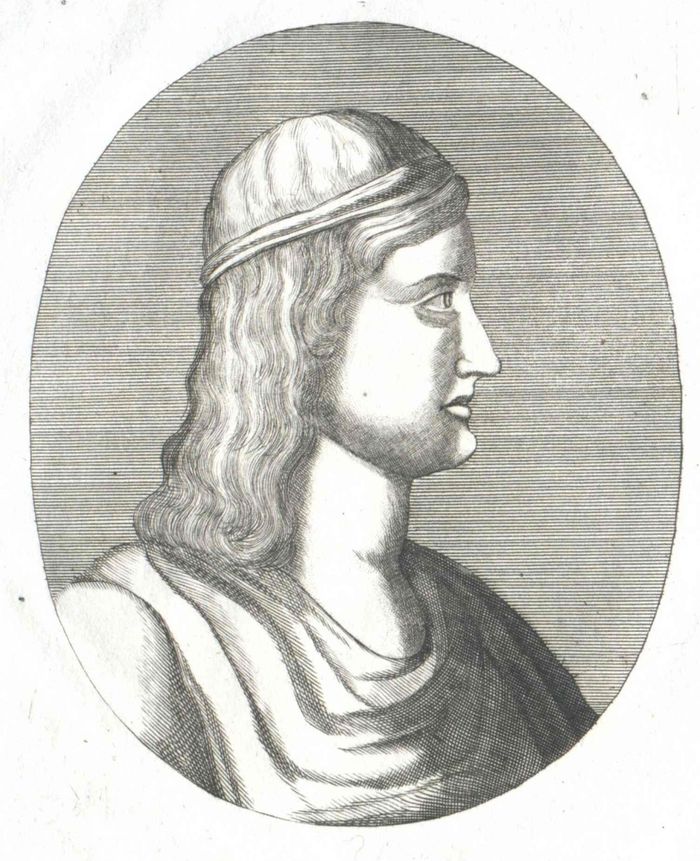 Lucius Apuleius, author of The Golden Ass, was born and educated in northern Africa. He practised law, was an indefatigable traveller, a ceaseless investigator into religious ceremonies and mysteries, and a writer of considerable skill and imagination. Many stories, including Cupid and Psyche and The Dream, are introduced into the rambling narrative of his celebrated romance. Like many other literary men, he was publicly accused of writing indecent literature. Like Pliny s Haunted House, The Dream is one of those lurid ghost-stories which apparently pleased the readers of the early Christian era. They continue to do so.

nd imagination. Many stories, including Cupid and Psyche and The Dream, are introduced into the rambling narrative of his celebrated romance. Like many other literary men, he was publicly accused of writing indecent literature. Like Pliny s Haunted House, The Dream is one of those lurid ghost-stories which apparently pleased the readers of the early Christian era. They continue to do so.

The present text is a modernized version of the classic translation by Adlington, which first appeared in 1566. There is no title in the original.

The Dream (From The Golden Ass)

But I could in no wise sleep for the great fear which was in my heart, until it was about midnight, and then I began to slumber. But, alas! behold suddenly the chamber doors broke open, and locks, bolts, and posts fell down, that you would verily have thought that some thieves had presently come to have spoiled and robbed us. An my bed whereon I lay, being a truckle-bed, fashioned in the lorm ol a cradle, and one of the feet broken and rotten, by violence was turned upside down, and I likewise was overwhelmed and covered lying in the same. And while I lay on the ground covered in this sort, I peeped under the bed to see what would happen. And behold there entered m two old women, the one bearing a burning torch, and the other a sponge and a naked sword; and so in this habit they stood about, Socrates being fast asleep. Then she which bare the sword said unto the other, “Behold, sister Panthia, this is my dear and sweet heart, this is he who little regarding my love, doth not only defame me with reproachful words, but also intendeth to run away.” Which said, she pointed toward me that lay under the bed, and showed me to Panthia.

This is he ” quoth she, “which is his counselor, and persuadeth him to lorsake me, and now being at the point of death, he lieth prostrate on the ground covered with his bed, and hath seen all our doings, and hopeth to escape scot-free from my hands; but I will cause that he shall repent himself too late, nay rather forthwith, of his former intemperate language, and his present curiosity.” Which words when I heard, i te into a cold sweat, and my heart trembled with fear, insomuch that the bed over me did likewise rattle and shake. Then spake Panthia unto Meroe and said, “Sister, let us by and by tear him in pieces, then Meroe answered, “Nay, rather let him live, and bury the corpse ol this poor wretch in some hole of the earth”; and therewithal she turned up the head of Socrates on the other side, and thrust her sword up to the hilt into the left part of his neck, and received the blood that gushed out, into a pot, that no drop thereof fell beside: which things I saw with mine own eyes; and as I think to the intent that she might alter nothing that pertained to sacrifice, which she accustomed to make, she thrust her hand down ihto the internals of his body, and searching about at length brought forth the heart of my miserable companion, Socrates, who having his throat cut in such sort, yielded out a dreadful cry and gave up the ghost. Then Panthia stopped the wide wound of his throat with the sponge, and said, “O sponge, sprung and made of the sea, beware that thou pass not by running river.”

When this was ended, they went their ways, and the doors closed fast, the posts stood in their old places, and the locks and bolts were shut again. But I that lay upon the ground like one without soul, naked and cold, like to one that were more than half dead, yet reviving myself, and appointed as I thought for the gallows, began to say, “Alas! what shall become of me to-morrow, when my companion shall be found murdered here in the chamber? To whom shall I seem to tell any similitude of truth, whenas I shall tell the truth indeed? They will say, `If thou wert unable to resist the violence of the women, yet shouldst thou have cried for help: wouldst thou suffer the man to be slain before thy face and say nothing? Or why did they not slay thee likewise? Why did they spare thee that stood by and saw them commit that horrible fact? Wherefore although thou hast escaped their hands, yet thou shalt not escape ours.` ” While I pondered these things with myself the night passed on, and so I resolved to take my horse before day, and go forward on my journey.

The whole text can be seen on link The Dream.