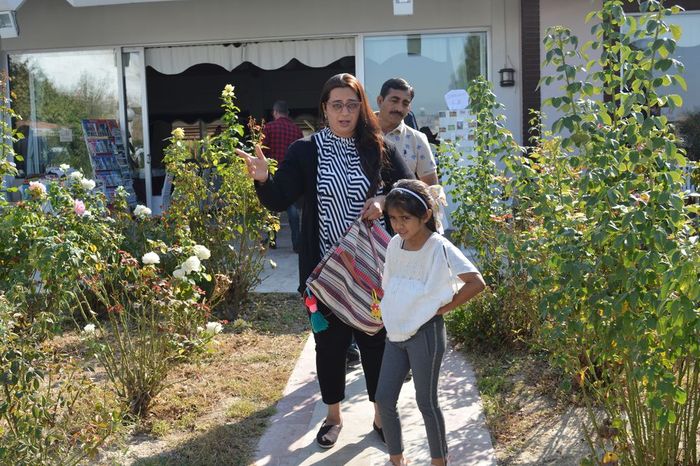 After spending a whole night in the greatest perplexity, he decided to borrow the sum from the inhabitants of Amaseia. At the break of day, though it was a hard task, he summoned them all, especially the most influential and the richest men, and fixing his eyes on them chiefly, he said; ” You all know how this barbarian has treated all the cities of the Armenian theme, how many villages he has sacked, upon how many persons he has inflicted intolerable atrocities, and how much money he has stolen from you.

But now the moment has come for freeing yourselves from his ill-treatment if you wish. Accordingly we must not let him slip, for you see, I suppose, that, by the will of God above all and by our own energy, this barbarian is now our prisoner. But Tutach, his captor, is asking us for payment, and we are utterly penniless, for we are in a foreign country, have been fighting against the barbarian for a considerable time, and have spent all our income.

Amaseians were moved to rebellion

If the Emperor had not been so far off, or the barbarian had granted us respite, I should have endeavoured to have the money fetched from the capital; but since, as you yourselves know, nothing of this is practicable, it is you who must contribute this money, and whatever you subscribe, shall be repaid you from the Emperor at my hands.” No sooner had he said this than he was hooted and his words excited a terrible uproar, for the Amaseians were moved to rebellion. Certain evilly-disposed and daring fellows who were clever agitators stirred up this tumult.

A great confusion thereupon arose, for one part insisted that Ursel should be kept prisoner, and stirred up the multitude to lay hold of him, while the other party made a great noise (as is ever the case with a mixed rabble), and wished to seize Ursel, and free him from his chains. The General, seeing so large a mob raging, recognized that his affairs were indeed in a parlous state, yet he was in no wise cast down, but taking courage, quieted the multitude with his hand.

After a long time and with difficulty he silenced them, and addressing the mob, he said: “I marvel, men of Amaseia, that you are so utterly blind to the machinations of these men who deceive you, and purchase their own safety with your blood, and continually cause you some hurt. For of what benefit is Ursel’s tyranny to you, unless you count murders and mutilations and the maiming of limbs as such? Now these men, the authors of your calamities, have kept their own fortunes intact by paying court to the barbarian on the one hand, and on the other they have received a glut of gifts from the Emperor by representing to him that they had not surrendered you and the town to the barbarian; and that too though they have never yet taken any account of you.