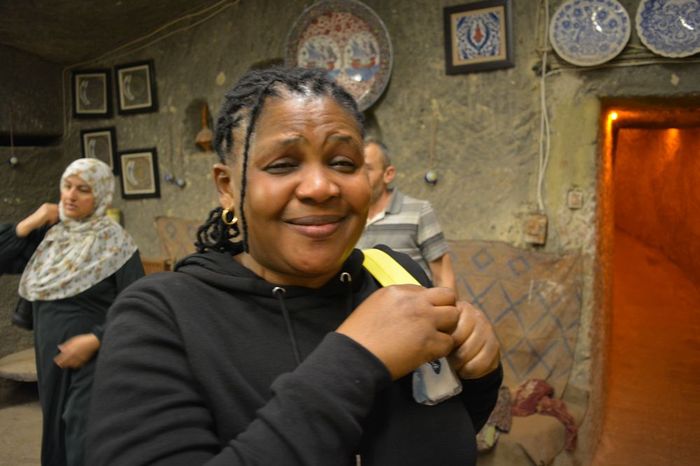 On the very place where Christ was baptized and where they now baptize there stands a little wooden cross: a little stream of water is led off and a rope is stretched over the Jordan and tied at each end. Then on the Feast of the Epiphany the sick and infirm come there and, holding on to the rope, plunge themselves in the water. Barren women also come there. Our Bishop Willibald bathed himself there in the Jordan. They passed the day there and then departed.

Thence they came to Galgala, which is about five miles away. In the church there, which is small and made of wood, there are twelve stones. These are the twelve stones which the children of Israel took from the Jordan and carried more than five miles to Galgala and set up as witnesses of their passage.

After saying prayers there, they went on towards Jericho, which is more than seven miles distant from the Jordan. The fountain which bubbled up there on the brow of the hill was barren and quite useless to man before the prophet Eliseus came and blessed it and made it flow.

Afterwards the people of the city drew it off into their fields and gardens and other places that needed it, and now wherever this fountain flows, the crops inaease and promote health, all by reason of the blessing given by Eliseus the prophet. They went on from there to the monastery of St. Eustochium, which stands in the middle of the plain between Jericho and Jerusalem.

The holy cross of our Lord

Then they came to Jerusalem, to the very spot where the holy cross of our Lord was found. On the site of the place called Calvary now stands a church. Formerly this was outside Jerusalem, but when Helena discovered the cross she placed the spot within the walls of Jerusalem.

There now stand three crosses outside the church near the wall of the eastern end, as a memorial to the cross of our Lord and those who were crucified with Him. At present they are not inside the church, but outside beneath a pent roof.

Nearby is the garden in which the tomb of our Saviour was placed. This tomb was cut from the rock and the rock stands above ground: it is squared at the bottom and tapers towards a point at the top.

On the highest point of it stands a cross, and a wonderful house has been constructed over it. At the eastern end a door has been cut in the rock of the sepulchre, through which people can enter into the tomb to pray.