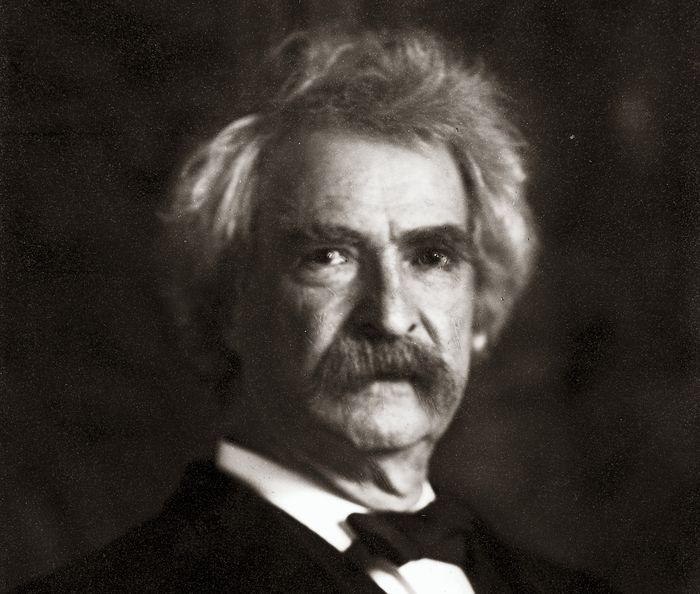 John W. Blossom, Esq., the able editor of the Higginsville Thunderbolt and Battle Cry of Freedom, arrived in the city yesterday. He is stopping at the Van Buren House.

We observe that our contemporary of the Mud Springs Morning Howl, has fallen into’ the error of supposing that the election of Van Werter is not an established fact, but he will have discovered his mistake before this reminder reaches him, no doubt. He was doubtless misled by incomplete election returns.

It is pleasant to note that the city of Blathersville is endeavoring to contract with some New York gentleman to pave its well-nigh impassable streets with the Nicholson pavement. The Daily Hurrah urges the measure with ability, and seems confident of ultimate success.

I passed my manuscript over to the chief editor for acceptance, alteration, or destruction. He glanced at it and his face clouded. He ran his eye down the pages, and his countenance grew portentous. It was easy to see that something was wrong. Presently he sprang up and said “Thunder and lightning! Do you suppose I am going to speak of those cattle that way? Do you suppose my subscribers are going to stand such gruel as that? Give me the pen!”

I never saw a pen scrape and scratch its way so viciously, or plow through another man`s verbs and adjectives so relentlessly. While he was in the midst of his work, somebody shot at him through the open window, and marred the symmetry of my ear.

“Ah,” said he, “that is that scoundrel Smith, of the Moral Volcano— he was due yesterday.” And he snatched a navy revolver from his belt and fired. Smith dropped, shot in the thigh. The shot spoiled Smith`s aim, who was just taking a second chance, and he crippled a stranger. It was me. Merely a finger shot off.

Then the chief editor went on with his erasures and interlineations. Just as he finished them a hand-grenade came down the stove-pipe, and the explosion shivered the stove into a thousand fragments. However, it did no further damage, except that a vagrant piece knocked ,i couple of my teeth out.

“That stove is utterly ruined,” said the chief editor.

I said I believed it was.

“Well, no matter don`t want it this kind of weather. I know the man that did it. I`ll get him. Now, here is the way this stuff ought to he written.”
The inveterate liars of the Semi-Weekly Earthquake are evidently endeavoring to palm off upon a noble and chivalrous people another of their vile and brutal falsehoods with regard to that most glorious conception of the Nineteenth Century, the Ballyhack railroad. The idea that Buz- zardville was to be left off at one side originated in their own fulsome brains—or rather in the settlings which they regard as brains. They had better swallow this lie if they want to save their abandoned reptile carcasses the cowhiding they so richly deserve.

Read More about The Ass in the Lion`s Skin 2