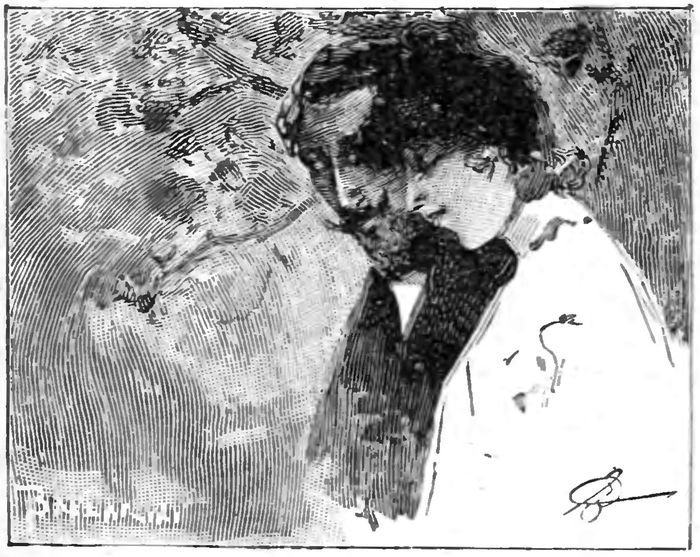 Matilde Serao was born at Patras, Greece, in 1856, and was the most distinguished of the older generation of modern Italian women writers. She began her literary career as a follower of Zola, and later developed the psychological novel. She wrote chiefly of the life about Naples. Lulu’s Triumph is a short story as well as a study in character, and in spite of its length it conforms rigidly to the qualifications demanded by the strictest critics.

The present version is translated by Elise Lathrop. It is reprinted by permission of the publisher, P. F. Collier & Son.

Sofia did not raise her eyes from her work, and her slim fingers fairly flew over the delicate lace. But Lulu wandered about the room, moving the ornaments on the shelves or opening a drawer to gaze ftbucntly into it. It was clear that she wished either to do or to say something, but was abashed by her elder sister’s grave manner. She hummed a few bars of a song, recited averse, but Sofia appeared not to hear. Then Lulu, who was not blessed with too much patience, decided to put the question boldly, and, planting herself in front of her sister, she asked:

“Sofia, do you know what Mademoiselle Jeannette told me?”

Chill even in summer

“Now that is an answer dry and cold enough to give one a chill even in summer! Where do you get your ice, oh, my glacial sister?”

“Lulu, you are a veritable baby!”

“Now, that is just where you mistake, idol of my heart. I am not a baby, for I am going to be married.”

“And that is just what Jeannette told me.”

“What nonsense! I do not understand a word of what you are saying.”

“Very good, I will now tell you all, as they say in plays. It will be a narrative—but will Your Seriousness lend me your whole attention?”

“The day of the races is the time and the Field of Mars the place. You were not there; you preferred your everlasting books.”

“If you wander so from the subject I will not listen to you any longer.”

“You must listen to me; this secret is suffocating me, killing me.”

“Are you beginning again?”