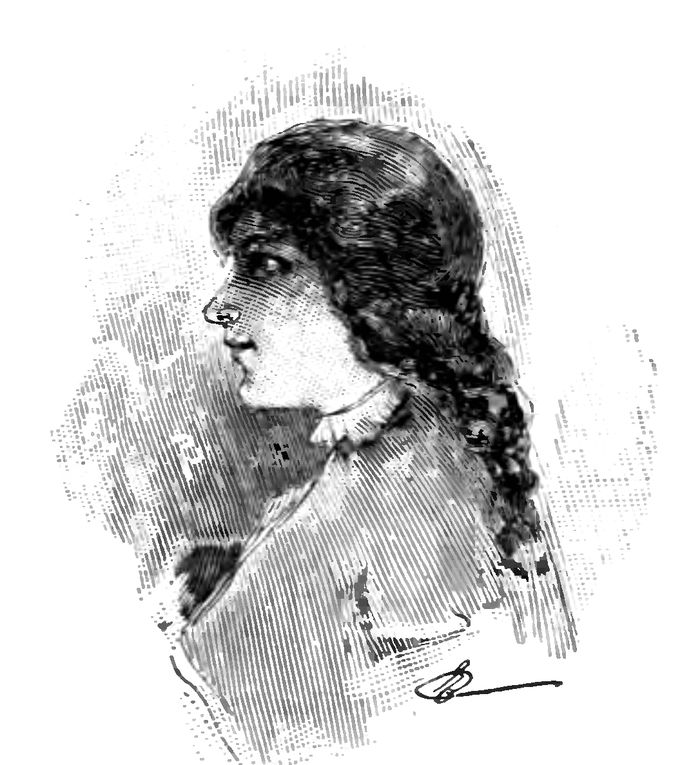 “Have I said anything wrong?”

“No, dear, no; you are right. When one loves one marries. It is difficult to awaken love,” and she sighed softly.

“Awaken love, awaken love!” repeated Lulu, in an irritated manner. “It is very easy, Sofia; but when one has a serious brow, like you, sad eyes, and unsmiling lips; when one goes and sits in a comer thinking, while every one else is dancing and jesting; when one reads instead of laughing, and instead of living, dreams; and when one cultivates an old and lackadaisical manner, though still young, then it is difficult to be loved.”

Sofia lowered her head and made no reply. Her lips quivered slightly, as though she were suppressing a sob.

“Have I hurt you again?” asked Lulu. “It is because I should like to see you beloved, surrounded with affection, to see you a bride—How nice it would be if we were to be married on the same day!”

“That is foolish; I shall be an old maid.”

“No, miss, I forbid it, you wicked creature. If Roberto is a nice fellow he absolutely must have a bachelor brother; I wish it!”

At this moment their mother entered the room in walking dress. “Are you going out, mamma?” asked Lulu.

“Oh! to the notary`s. That is a serious business.”

“You will soon leam, Miss Tease. Sofia, come with me for a moment.”

“And has Sofia, too, some dark dealings with the notary?”

“Lulu, when will you learn to be serious?”

She opened the door for her mother and sister to pass out, made two low courtesies, murmuring:

“Madame, Mademoiselle!” When they had left the room she called to them from the threshold, with a burst of laughter:

Talk, talk away! I will pretend that I know nothing about it.”

As a general thing Roberto Montefranco was not a great thinker; he had not time to be. What with luncheons, horseback rides, calls, and dinners, his days flew by, and his evenings he passed pleasantly with his fiancee, Lulu. Then there were tiresome matters to be attended to, some appointments with his lawyer, contracts to be signed, some old debts to be settled, to say nothing of preparations for his house and for the wedding trip. He had barely time even lor his half-hour`s reading and fifteen minutes` loitering at the door of his cafe. So he was never seen absorbed in profound reflection, nor was he ever known to be engaged in solving some social problem, for Roberto had nothing of the tragic or heroic in his character. Rather, he was of a serene temperament, and many envied him for it.