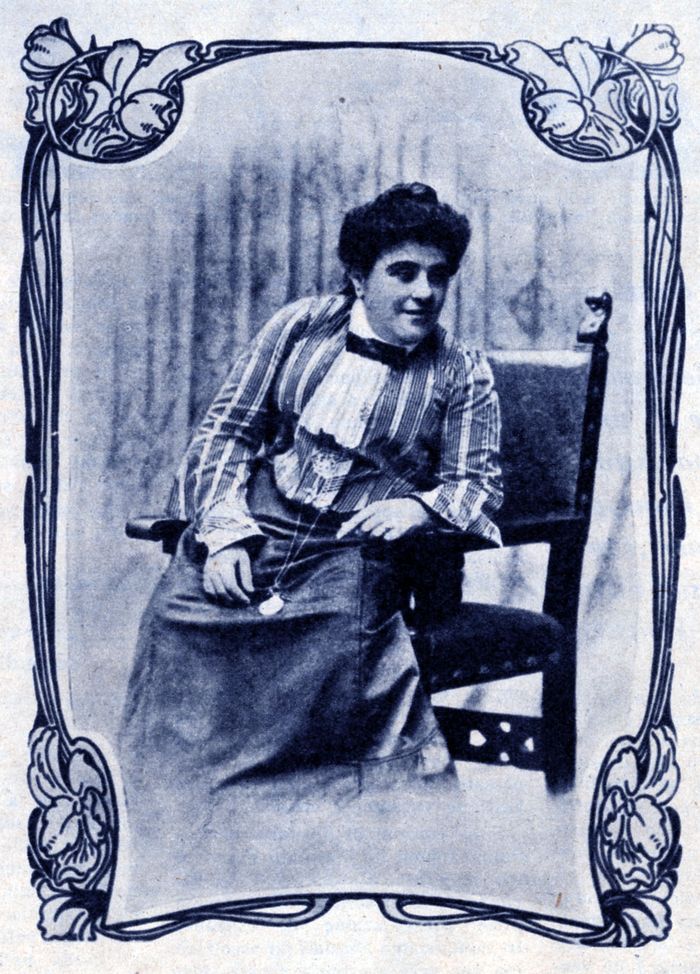 “No; he is going to his club, where there is a directors’ meeting. I am going to profit by it and go to the Dellinos’ ball, and shall dance until to-morrow morning.”

“So much the better. He will learn from now on to leave me free; I do not wish him to acquire bad habits.”

“You love him very little, it seems to me.”

“Very much, in my own way. But I must hurry away to dress. It will take me at least two hours.”

Sofia stood listening to the noise of the departing carriage which bore away her mother and sister. She was left alone, quite alone, as she had always wished to be left. As a child, when some wrong or injustice had been done her, she had cried all alone, when she was in bed, in the dark, and the habit had remained with her.

Now, alone in the great drawing-room, beneath the brightly lighted chandelier, her hands inert, her head resting against the back of her chair, her face wore an expression of great sorrow, the vivid reflection of a serious inward conflict. Certainly in these moments of complete solitude the consciousness of a great grief came over her; the sentiment of the reality, long repulsed, became clear, distinct, cruel.

The sound of footsteps startled her. It was Roberto. Seeing her alone, he paused, hesitating; but supposing the rest of the family to be in another room, he advanced. Sofia had risen at once, agitated.

They were both embarrassed.

“Heavens, how unpleasant this Sofia is!” thought Roberto. Meanwhile the girl recovered herself, composing her features, which once more took on a severe expression. They sat down at some distance Horn each other.

“Your mother is well?”

“Quite well, thank you.”

There was silence. Roberto experienced a strange sensation as of joy filled with bitterness.

“Lulu is occupied?” he asked.

She is at the Dellinos’ ball with mamma,” she continued rapidly, as if to anticipate other questions.

Since Sofia was alone, then, and if he did not wish to be the most discourteous of men, he ought to remain and chat with her. At this thought Roberto was seized with an almost irresistible desire to flee. Yet he did not move.

“I came here because there was not the required number of us at my club,” he finally said, as if to excuse his presence.