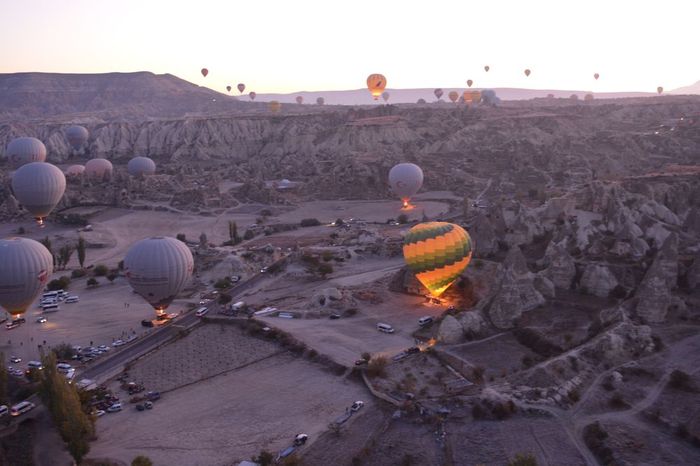 [1] If Miletus is meant, the pilgrims must have landed there before reaching Patara. The only place between Patara and Chelidonia is a town, now a village, called Myra, mentioned in the Acts of the Apostles XXVII. 27 in the Greek version. The Vulgate calls it Lystra.

Sailing from there, they reached the island of Cyprus, which lies between the Greeks and the Saracens, and went to the city of Pamphos, where they stayed three weeks. It was then Eastertime, a year after their setting out. Thence they went to Constantia,[2] where the body of St. Epiphanius rests, and they remained there until after the feast of St. John the Baptist.

[2] Costanza near Famagosta, anciently called Salamis. St. Epiphanius was Bishop of Salamis for thirty¬six years and died in A.D. 403.

A litany according to the Greek

Once more they set saii and reached the town of Antarados,[3] which lies near the sea in the territory of the Saracens. Then they went on foot for about nine or twelve miles to a fort called Arche,[4] where they had a Greek bishop. There they sang a litany according to the Greek rite.[5] Leaving this place, they set out on foot for the town named Emesa,[6] about twelve miles distant, where there is a large church built by St. Helena in honour of St. John the Baptist [7] and where his head was for a long time preserved. This is in Syria now.

Called Antaradus by the Greeks and Tortosa in the Middle Ages. The r uns of a magnificent Gothic cathedral can still be seen. The modern name ps Tartus.

Akkar on Jebel Akkar? It has a ruined Saracenic castle, but is quiet off the road. The place corresponding to Willibald’s description may be Husn el-Akrad, or the Kurds’ castle, which is fifteen miles from Antaradus.

The Greek liturgy with its constant repetition of the Kyrie would naturally strike the pilgrims as a litany, and this is the word they use here.

The modern name is Homs, with extensive ruins dating from the first century. It was captured by the Saracens [Halsall: i.e. Muslims] in A.D. 636.

The church which is mentioned by Eusebius as among those built by the Empress Helena; but he says ( Vita Constantini, iii, 47) that at the same time that Helena was building churches in Jerusalem and Bethlehem Constantine was buildinz them ” in all the other provinces “.